You can view the results on our election results webpage.

To mark the beginning of celebrations for Armed Forces Day a flag has been raised in front of the Cenotaph War Memorial in Brenchley Gardens by the Mayor of Maidstone Cllr Marion Ring at 11am today, Monday 22 June.

Armed Forces Day, which takes place on Saturday 27 June is a chance for people to show their support for the Armed Forces community. Flags are raised on buildings and famous landmarks around the country today to recognise the event.

At end of ceremony the flag was returned to the Town Hall where it will fly for the rest of the week.

“I feel honoured to be able to start the celebrations for Armed Forces Day here in Maidstone. As a way of showing our gratitude to the amazing men and women who make up our Armed Forces, from currently serving troops to service families, veterans and cadets.

“Due to Coronavirus, events have been disrupted up and down the country, however this flag raising is a show of support and although it has been scaled down provides a much valued moral boost for the troops and families.” 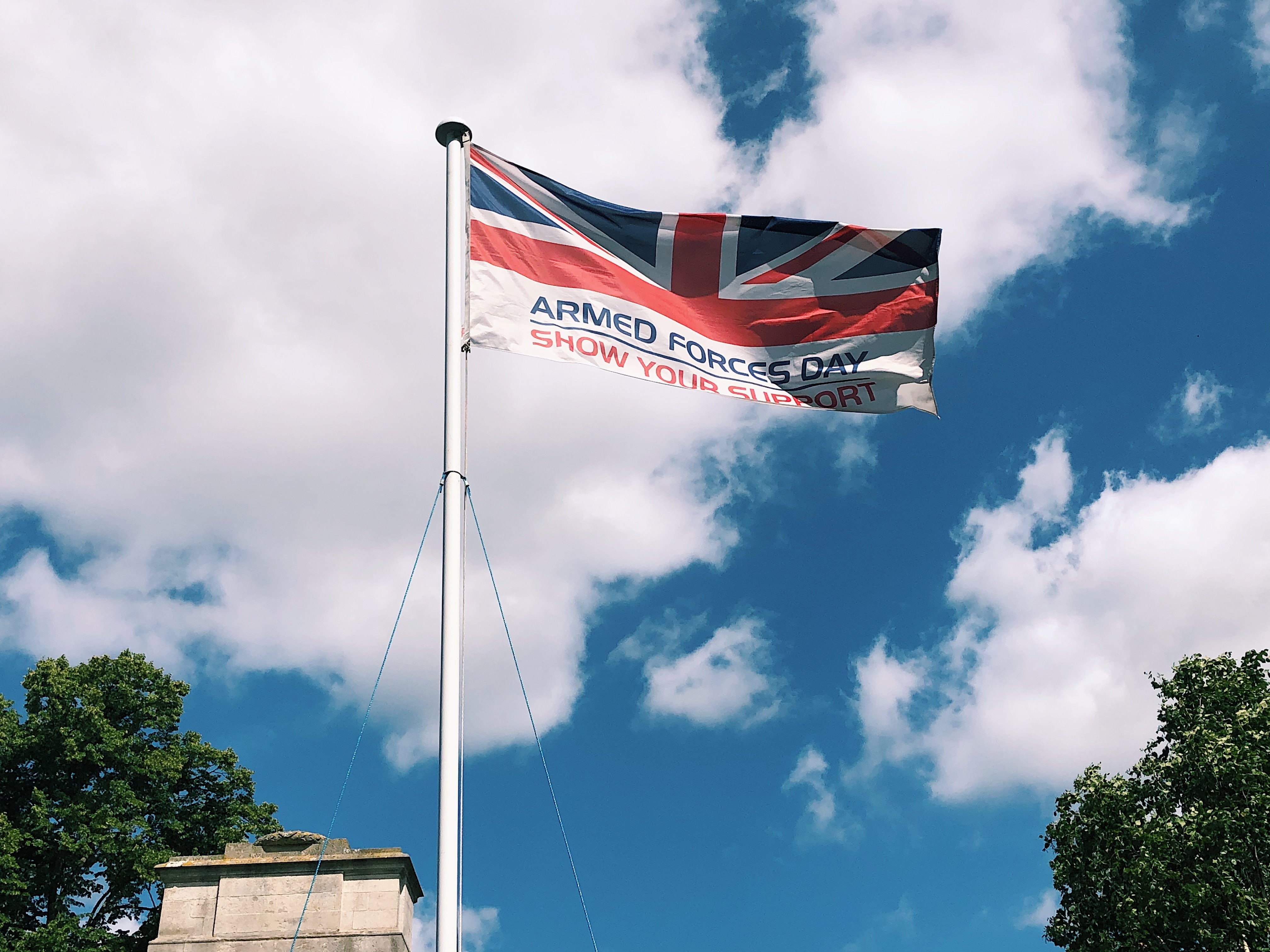