An opportunity to tell us about your experiences as a resident of Maidstone.

A census is a count of the population which takes place in the UK every ten years. It's carried out by the ONS (Office of National Statistics) and asks everyone to share information about the people in their households. This information helps government and local authorities plan, fund and deliver important everyday services like housing, education healthcare and transport.

In 2021, Maidstone ranked 115th for a total size of the population out of 309 local authority areas in England, moving up six places from 2011. 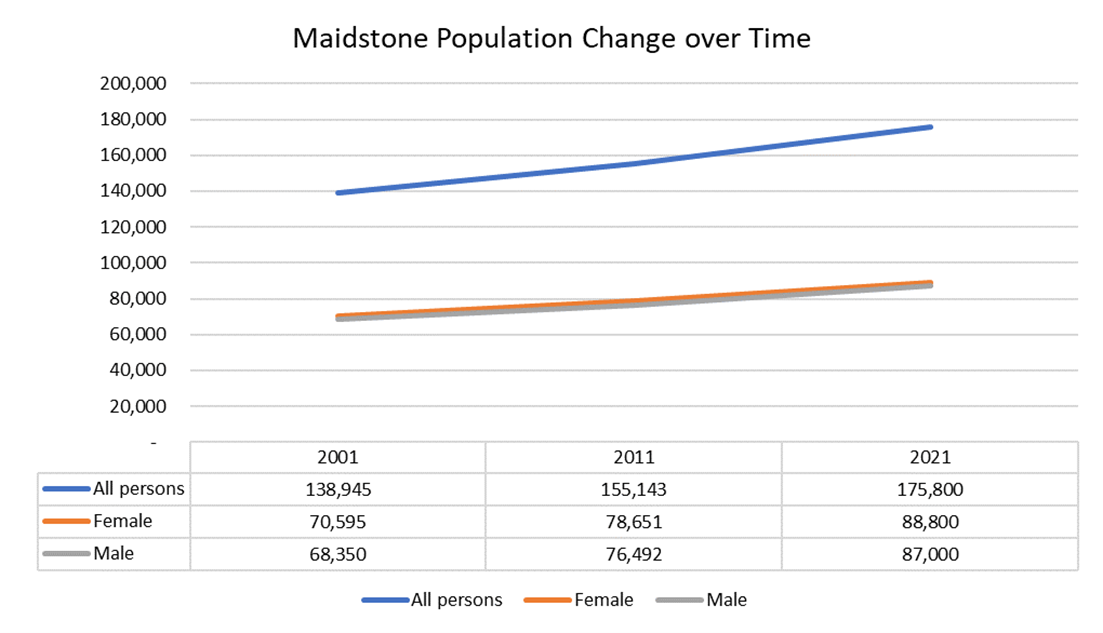 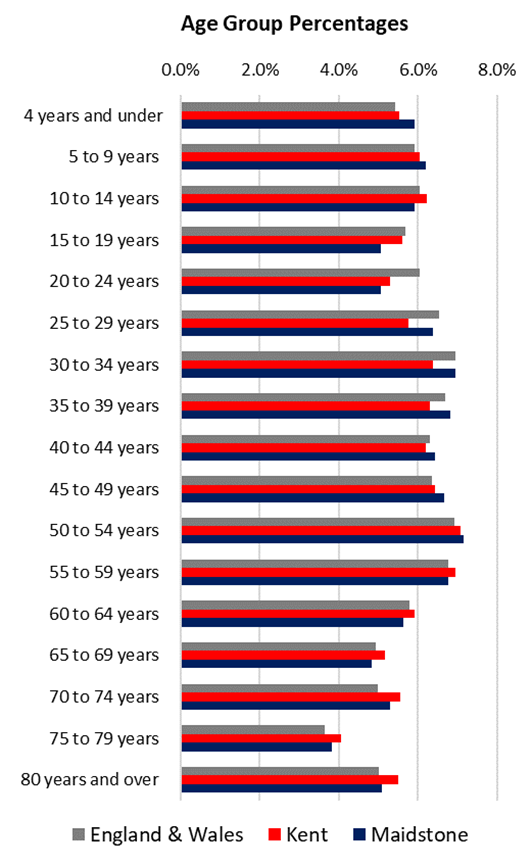 The visualisation below represents statistics for Kent and all of the Kent districts, where females account for a marginally greater proportion of the population. 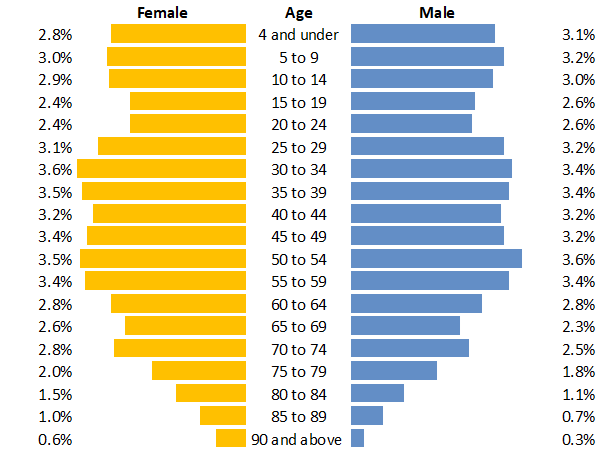 Population density for England and Wales increased from an average of 371 residents per square kilometre to 395 in 2021.

Maidstone’s population density is sixth to the highest in Kent (447) and saw a growth of 13.5% against 2011 result (394), which is the second-highest growth in Kent after Dartford. 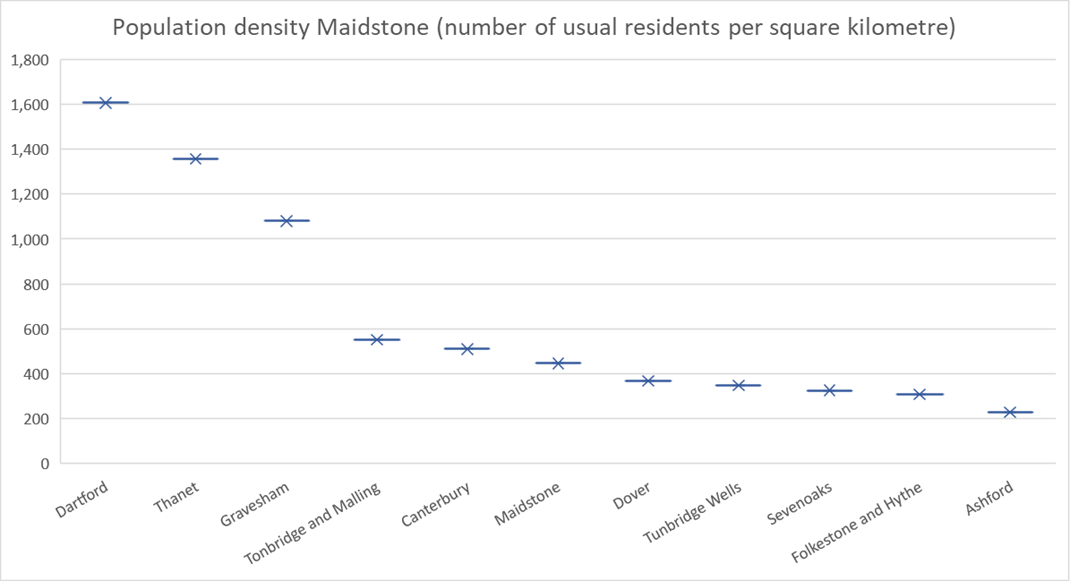 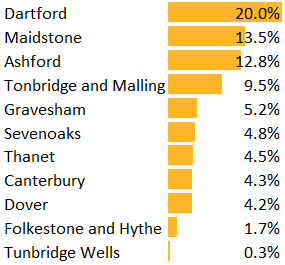 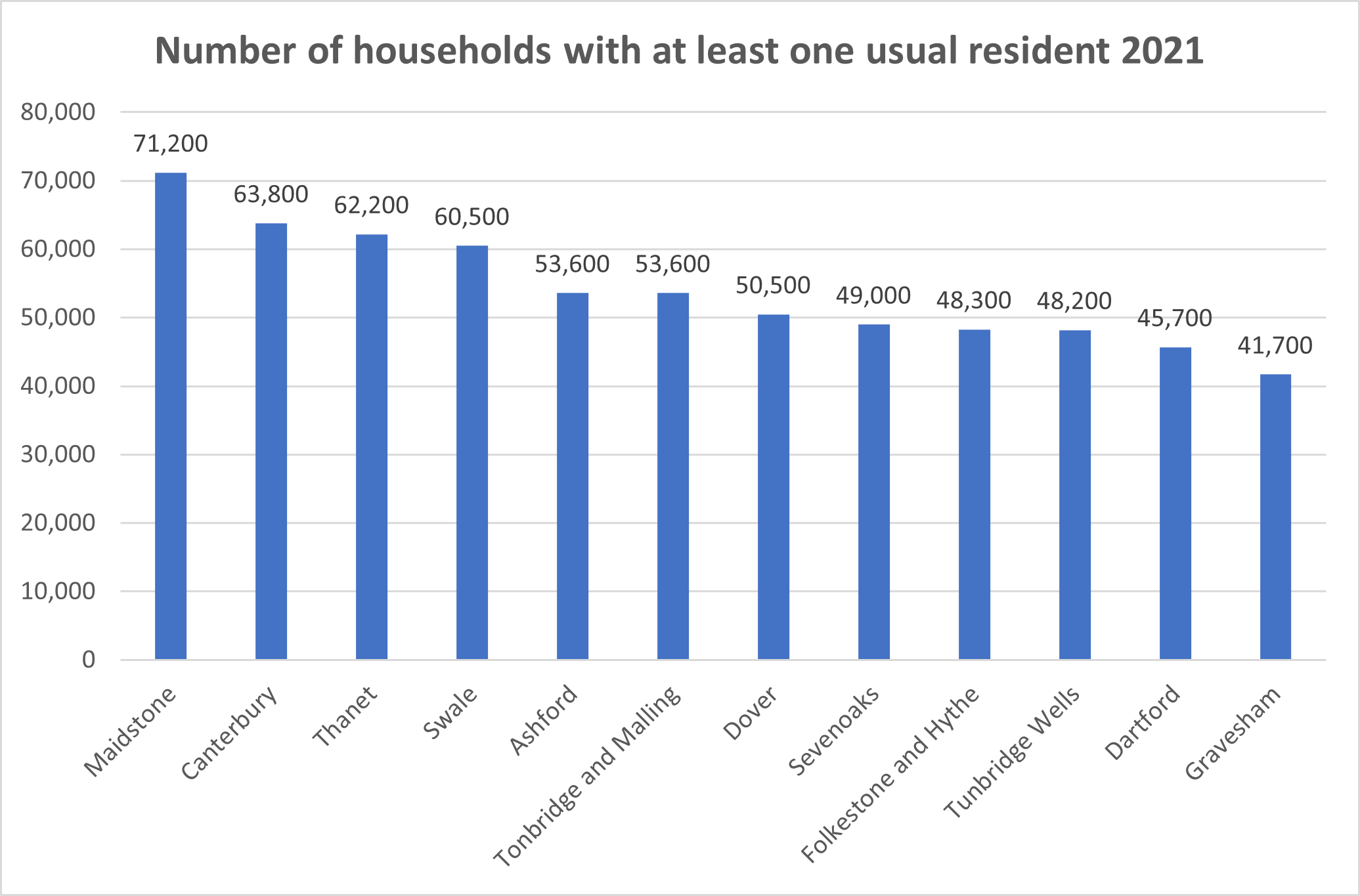 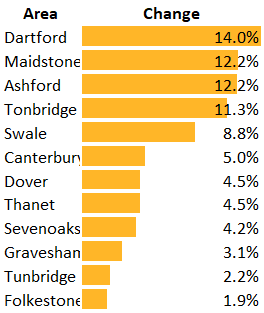