Details of our graduate programme


Our graduate programme offers you the opportunity as a recent graduates or undergraduate to begin your professional career with Maidstone Borough Council. We want graduate talent to help us develop, progress and achieve the results we are aiming which are delivered through the hard work, dedication and commitment of our people. We are seeking graduates who have the ability to be: 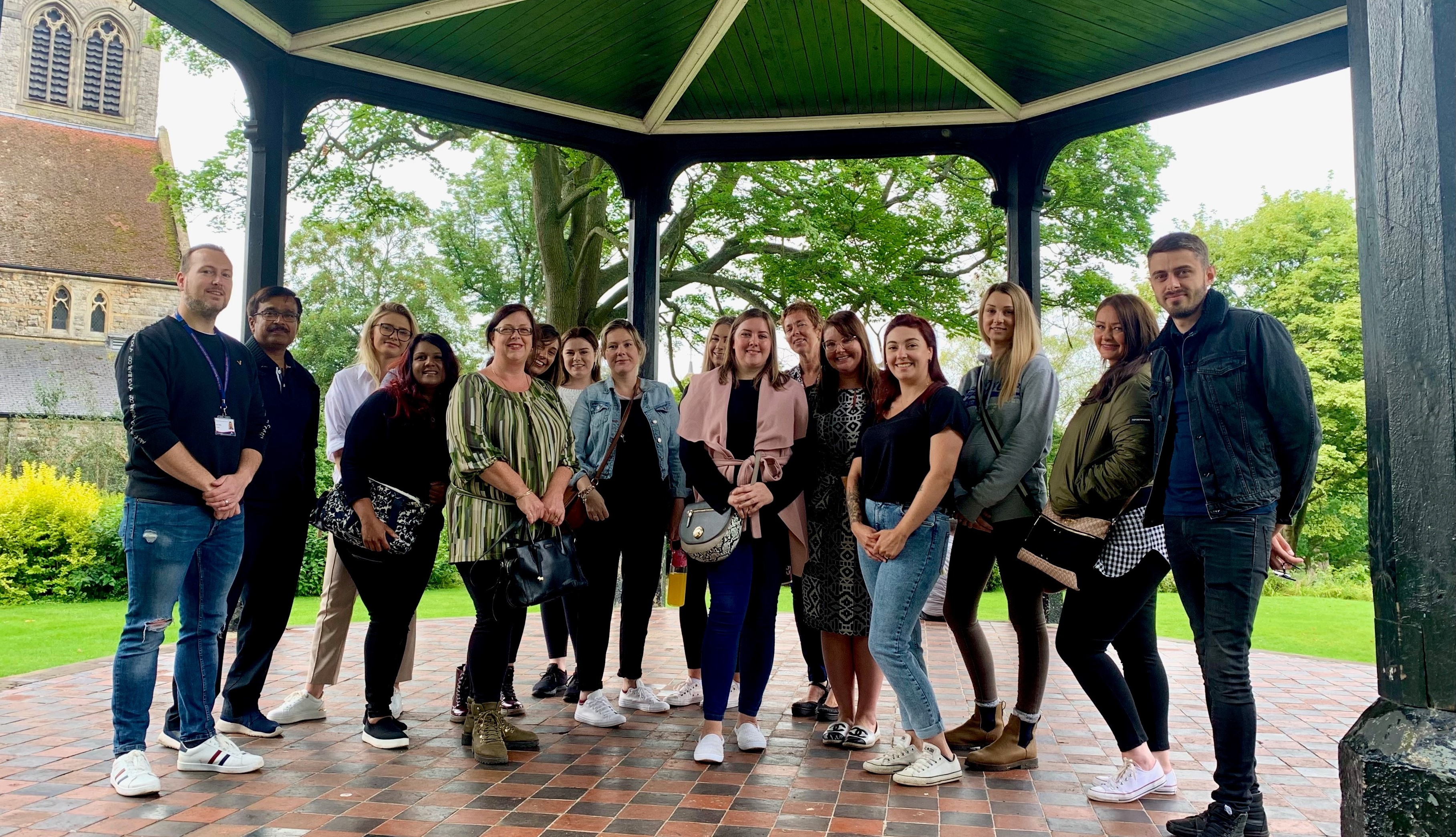 Our programme offers you the opportunity to develop a wide range of skills in roles that support the delivery of the Council's Vision : a vibrant, prosperous, urban and rural community at the heart of Kent where everyone can realise their potential.

Your study programme will be financed by the council and your training will include a variety of development opportunities to ensure you haver the skills to be successful in your chosen profession. We are committed to helping you secure a permanent position with the Council at the end of your programme to support our ‘grow our own’ people strategy.

Our in-house training programme consists of:

Your study programme will be financed by the council and your training will include a variety of development opportunities to ensure you haver the skills to be successful in your chosen profession. We are committed to helping you secure a permanent position with the Council at the end of your programme to support our ‘grow our own’ people strategy.

As well as the support provided to you by your line manager and dedicated HR Advisor, we will provide a structured mentoring support scheme with a senior colleague. Your Line manager, HR Advisor and mentor will be able to provide continuous careers advice and guidance will be provided to support you and help identify areas you would like to develop and how your career aspirations can be achieved within the council.

You will also be allocated a work buddy within your department that can provide everyday support and assistance.

You will have the opportunity to network with fellow graduate trainees and new starters who you can share experiences and participate as part of a group to support each others journey with the council. We are committed to helping you secure a position with us at the end of programme and you will be able to apply for internal and external vacancies which arise.

Our staff are vital in ensuring we achieve our vision


Thank you for considering a graduate role with Maidstone Borough Council. Our staff are vital in ensuring we achieve our vision of Maidstone as a vibrant, prosperous urban and rural community at the heart of Kent where everyone can realise their potential.

Public sector organisations like ours deliver services in a continually changing world. Whether that is the result of technology, shifts in public expectations or response to the impacts of events like the Covid-19 pandemic. We are agile and quick to respond to different situations so that we can anticipate and respond successfully to changes in circumstances and the needs of our communities.

Maidstone Borough Council is a confident organisation. We plan well and have a sustainable financial position. Our ambition and aspirations to deliver the Council’s vision and priorities are strong. Our strengths – our people, knowledge and expertise - and our capacity for investment, innovation and improvement ensure that our delivery track record is excellent.

We will only continue to achieve the results we are aiming for through the talents and hard work of all our people. We give our staff the opportunity to develop the skills they need to do their job well and create a positive working environment where ideas are valued and where we manage the changes needed for new ways of working well.

Maidstone is the largest town in Kent, England, of which it is the county town. Maidstone is historically important and lies 32 miles (51 km) east-south-east of London. The River Medway runs through the centre of the town, linking it with Rochester and the Thames Estuary. Historically, the river carried much of the town's trade as the centre of the agricultural county of Kent, known as the Garden of England. The town, part of the borough of Maidstone, had an approximate population of 100,000 in 2019.

The town is the main town of Maidstone borough, which includes the surrounding rural areas except to the north-west. The town is divided into the 12 local government wards of Allington, Bridge, Downswood and Otham, East, Fant, Heath, High Street, Park Wood, Shepway North, Shepway South, South, and North. These wards have 30 of the 55 seats on Borough Council.

Maidstone Borough Council is responsible for services such as recreation, refuse collection, most planning decisions and social housing.

The town is ranked in the top five shopping centres in the south east of England for shopping yields and, with more than one million square feet of retail floor space, in the top 50 in the UK. Much of this space is located in the two main shopping centres in the town, the 535,000 square feet (49,700 m2) The Mall Maidstone (previously known as The Chequers Centre) and the 32,500 square metres (350,000 sq ft) Fremlin Walk which opened in 2005.

Other recent developments include the riverside Lockmeadow Centre, with a multiplex cinema, restaurants, nightclubs (now a trampoline park), and the town's market square. The leisure industry is a key contributor with the night-time economy worth £75m per annum

Our expectations of you

When you join us as a graduate, you'll be expected to:

You'll also be expected to make the most of the opportunities available within the Council and work to our values:

It is important to understand that everything we do impacts on our customers, both internal and external. We will listen to and understand their needs, then take action to provide the right service in a positive and professional manner.

Working together to achieve our objectives and goals in a way that utilises the talents and creativity of everyone in our organisation.

Knowing that we work in an environment that encourages us to take ownership for our actions. Making the right choices and decisions that lead to a satisfactory outcome for all.

Integrity Having the courage to act on our convictions to build trust and honesty within the organisation. Working with our partners and customers to create a feeling of openness and transparency in all that we do.

Taking care and weighing up our options, aiming to get the maximum effect for every penny of public money we spend. Equality Valuing our differences and understanding how they can contribute to a better working environment and services that are fair and easy to access.

Before completing your application please ensure that you read the job description and person specification carefully - the information within these documents can be used as a guide for you to complete your supporting evidence section within your application. This section is very important and will play a key role in the success of your application so please take you time when completing it. Please note to be successfully shortlisted, Managers will use your supporting evidence and will not consider any CVs uploaded.

If you are having any difficulties completing your application and would like some advice on this please contact the HR team on hrsupportteam@midkent.gov.uk subject: Graduate

We look forward to hearing from you!